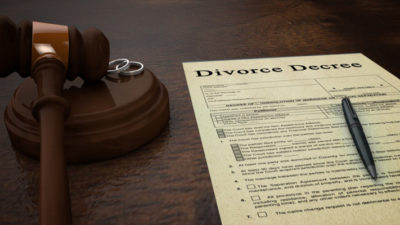 While divorce rates have been steadily on the decrease, divorce is still a reality for countless Americans every year. Current divorce rates are at around 15 out of every 1,000 marriages every year, and with a growing population, instances of divorce are quite common.

In an attempt to hone down on best practices for a healthy marriage, researchers have been studying this topic for decades. Their research has provided some valuable insights into the biggest factors that contribute to divorce. Today, we’re looking at a few of these top risk factors that could further jeopardize your marriage. Keep in mind that this is looking at lots of data across different populations, and the stats may not always reflect your situation.

Weddings are a big deal and people are often eager to pull out all the stops when it comes to marking the biggest occasion of their lives. One thing that researchers have noted however is that there is a correlation between overly expensive or extravagant weddings and increased rates of divorce. Finances can always be a sore point in any relationship, so perhaps for some couples, luxurious weddings are a warning sign of irresponsible spending habits to come.

Many people are in favor of cohabitation before marriage, or at least aren’t inherently opposed to the idea. Considering how much cost of living has risen over the last decade, this makes sense and for many couples they consider this the “trial run” before officially tying the knot. Some researchers however have found that if a couple was not engaged or married before they move in together, their divorce rates are higher, particularly within the first ten years of the marriage.

Cigarette Use Tracks with Higher Rates of Divorce

Cigarette use has dropped in popularity over the years, and many people don’t like to be around cigarette smoke in any capacity. So it might not be too surprising to learn that researchers have tracked higher divorce rates for cigarette users compared to those who don’t smoke. For many, this could be even more reason to finally drop the habit.

The effects of long commutes on overall happiness has long been studied, but it seems like their impact might be even more far reaching than previously thought. One recent study found that, for couples where one or both partners have a commute that extends over 45 minutes each way, their divorce rates rose up significantly. This can be especially alarming for many as it can be difficult to have any control or say over your commute.

Connect With Our Trusted and Experienced CA Divorce Attorneys

Once again, do remember that these studies are generalizations of large populations so its worth taking these points with a grain of salt. That said, you can count on us at R & S Law Group, LLP for tailored advice with a personalized assessment from a legal professional.

If you have any questions about divorce, custody issues, or any other family law matter in CA, give us a call at (949) 825-5245. Our CA divorce attorneys are here to answer all your questions and discuss your specific legal needs.