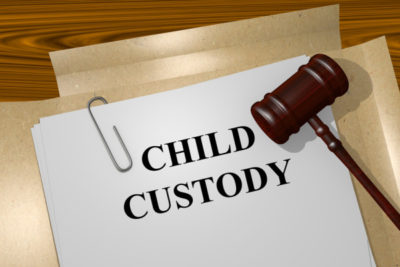 Despite an initial period where courts adjusted, many family law courts are now finding ways to operate in the middle of a pandemic. In addition, an uptick in vaccine production and percentage of vaccinated populations means that things are slated to go back to normal in a matter of months. For many people, this means that custody disputes will move forward firing on all cylinders.

This is why we decided to write up a few refreshers on some of the biggest mistakes you should avoid to avoid jeopardizing the outcome of your dispute. For more detailed help, remember that we offer free initial consultations at (949) 825-5245.

Although communication tends to slow down as a divorce approaches, you are both still responsible for the child’s needs and will likely need to communicate with one another about parenting matters. If you take it upon yourself to make decisions such as moving the child to another city/state, taking him/her out of school, or making important medical decisions without the ex’s input, this will hurt your chances to win your custody dispute.

Anger and resent build up during divorce proceedings, and the main way we see this manifest is via demands for sole custody. Unless you have a legitimate reason to seek sole custody, such as one that involves the safety of the child, asking for sole custody is a bad idea. CA favors active engagement from both parents, and without giving them a clear reason, family law court officials will see your actions as attempts to deprive both parent and child from having a close, healthy relationship.

Avoid Moving in With a New Boyfriend/Girlfriend

You can feel free to move on after your divorce resolves, but you should be mindful about your actions during the heat of the proceedings. During custody disputes, family law courts look for signs of normalcy and stability that can help children feel safe and secure during highly distressing times. Rush moving in with a new partner and you project the notion that you’re not as concerned about the stability that your children need.

Don’t Act Vindictive Towards the Ex

This one is more obvious yet we see people struggle with it. There’s no need to be overly nasty or rude to the ex, especially in front of the family law courts. On that note, remember that he/she can save screenshots, record communications, and take notes on what you say and do, Vindictive or petty behavior hurts your image and could place your entire custody plans at risk.

Remember to Talk to a Family Law Attorney

Above all, don’t forego having your own legal counsel no matter how secure you feel in your custody case. It’s likely that the ex has made sure to cover themselves with their own attorney, and custody hearings can be unpredictable affairs.

Take the time to talk to an expert and learn about potential approaches, risks, and strategies to your upcoming dispute. Call us at (949) 825-5245 today to book a free initial consultation.