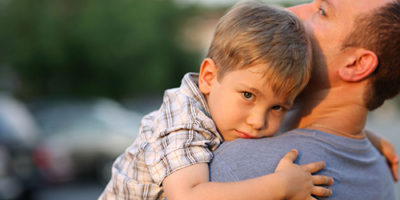 Drug and alcohol abuse continue to be a rampant problem in California. Not surprisingly, this has an effect on divorce and child custody proceedings. After all, substance abuse is a leading cause of divorce across not just California, but the entire country as well. Even if the divorce itself wasn’t caused by drug or alcohol abuse, many divorced parents can become concerned if they suspect that the ex is using drugs or alcohol when in custody of the kids, or if his/her ability to parent is being compromised by substance abuse.

In these cases, it is possible for a parent to argue for limiting or removing the other party’s custody or visitation rights, especially if this places the well-being of any involved children at risk. Parents can request for the court to implement drug testing into any custody proceedings, but only under certain circumstances. This post provides a quick overview of drug testing and its role in California custody disputes/issues.

During custody disputes, a parent who has concerns about the safety or health of a child has the opportunity to voice his/her concerns. The courts themselves have the authority to step in and make decisions to help preserve the child’s safety and wellbeing. This is especially true when the source of a threat is a parent, particularly one who is struggling with substance abuse and addiction.

However, most claims of this nature require more than just a verbal accusation, and for good reason. Hostilities always run high when parties clash on matters involving divorce or child custody, and a system that takes claims at face value would encourage false accusations on a large scale.

To prove that your ex-spouse is suffering from a drug problem, you should be prepared to provide evidence such as:

How Drug Testing is Carried Out in a Custody Case

If a judge decides that the situation calls for a drug test, he/she is obligated to opt for the method that is least intrusive. Furthermore, they might also request that the other parent submit him/herself to a drug test as well. Be prepared for this when deciding to move forward with a request for a drug test during your divorce/custody proceedings, and consider whether the results will ultimately be helpful to your custody goals or not.

Remember, a positive drug test does not automatically translate to reduced or stripped custody/visitation rights. The results that come back are weighed alongside all other factors and arguments, and judges in CA will always favor situations where a child can maintain frequent and regular contact with both parents.

At any rate, we hope this post helped answer some of your questions involving drug testing and custody/visitation issues in California. For more in-depth information, and to speak with one of our skilled family law attorneys, remember that you can call us directly at R & S Law Group, LLP.