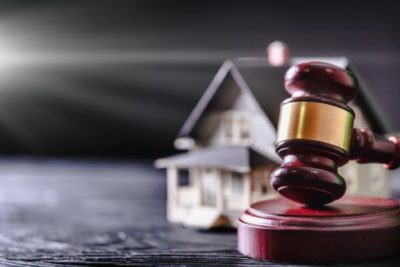 Traditionally, when a couple separates or divorces, one or both spouses will leave the marital home and settle down somewhere new. With California real estate and rent prices among the highest in the nation, maintaining two separate residences is simply not a reality for many divorcing families. Tangled assets and child care responsibilities are some other reasons a married couple may find it difficult to live apart during their separation and pending divorce. While the situation may not be ideal, there are ways to cope with shared living arrangements during a separation and still keep the drama to a minimum.

When determining community (or marital) property in California, courts will look at what assets were acquired during a marriage, up to the time of separation. The separation date may also affect spousal support. Typically, the day a couple begins living apart marks the beginning of a separation. But what if a couple lives together for months or years after deciding their marriage was over?

Keith and Sheryl Davis filed for divorce in 2008, but lived in the same house until 2011. In her divorce papers, Sheryl Davis listed the date of separation as June 2006, when she says she told her husband she was done with the marriage, and the two began living separate lives. Also in 2006, Keith left his job while Sheryl began working full-time and earning substantially more income. While the lower courts agreed with Sheryl’s timeline, the Supreme Court sided with Keith, determining the couple’s date of separation to be July 2011.

Living Together with Separate Lives

If living in the same house during the divorce process is your only option, there are some important “house rules” to live by:

An in-home separation is a tricky situation. For skilled legal advice, contact the divorce lawyers at R&S Law Group, LLP in Orange, California. We are eager to assist you throughout each step of your